Over the time, companies start to collect old, maybe outdated hardware. Several websites such as TechRepublic or LifeHacker have good suggestions  such as making:

I would add more specifically that decommissioned hardware is a good opportunity for staff to train with maintenance operations and test procedures. Practicing RAID migration/recovery really helps .

In China it is possible to buy Dell PowerEdge 2950 or HP 380 G6 for less than 400 euros which is quite tempting to setup a lab.

Give it a second though before redeploying decommissioned hardware

Power consumption is a concern for companies for ethical and financial reasons. Technology’s power efficiency increase at each hardware generation making new generation attractive for the savings in electricity. 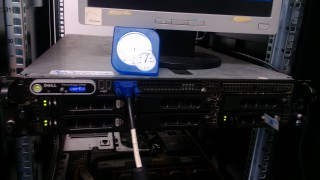 Dell PowerEdge 2950 are really cheap to buy, but be aware of the power consumption!

To evaluate this, I made test with a Dell PowerEdge 2950 II:

Here are the results : 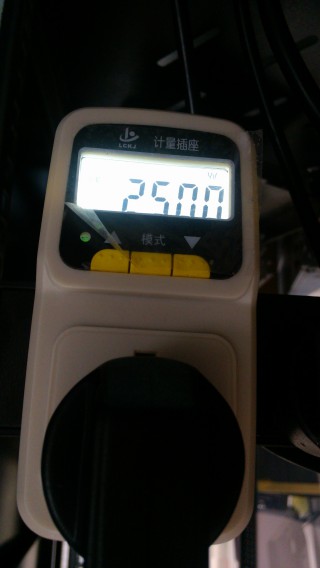 Power testing outlet, it’s cheap and allows you to get precise figures for any device!

Using an Electric Bill Calculator, I can estimate that running that server for 1 year in France would add about 300 euros to my electricity bill! That is a stiff price if you just wanted to have a VPN or DHCP running.

Does it really worth it?

The ugly truth is that this deprecated hardware cannot compete with more recent technology and has a poor power-efficiency. For a comparison a Dell PowerEdge R710 with 2 Xeon E5620 uses about 170 Watts for much better performances. If you consider deploying outclassed hardware, you think ask yourself first:

What will be the total cost?

Cheap hardware is great. But if you estimate the electricity cost added over the service time of the hardware, maybe you will want to spend more money to finally save on electricity. Get the figures to prove your point!

Can this role be virtualized?

See my article about when not to virtualize. If  you can, take advantage of a more power-efficient pool of resources. If you don’t have a virtualization pool available, you should still try to virtualize the roles you want to deploy to make it easier to migrate to another hardware.

Do I need server-grade hardware?

To run a DHCP or VPN do I really need 2 CPUs, a RAID array and redundant power supplies? Chances are you don’t and also chances are that you can run these roles on a simple 40 euros Raspberry Pi having a maximum power of only 5W. Estimate the load of your service and Even if a Raspberry Pi is not powerful enough for your needs, consider simpler hardware to get the job done such as the HP ProLiant MicroServer.

To make a good choice, consider the financial aspect of it and get clear figures to be able to justify your choice. Also, virtualize if possible to have the possibility to move your roles with as little impact as possible.