There is a lot of talk about Windows XP support end of life to cause major internet security disaster. For that reason everybody is urged to either pay millions to Microsoft to get extended support or to move to a supported operating system, namely Windows 7 and Windows 8.

What are we talking about?

The end of life of XP means that Microsoft will not publish Windows XP updates to the general public. Corporations and government who wishes to continue receiving updates have to pay Microsoft for extended support.

Having no more security updates means that Windows XP is not considered as being a suitable OS to conduct business and Microsoft would like you to pay to either upgrade or for extended support.

The Windows XP update and activation services will still be available. It means you will still be able to install and patch systems up to the latest public update (April 2014).

What are the risks? 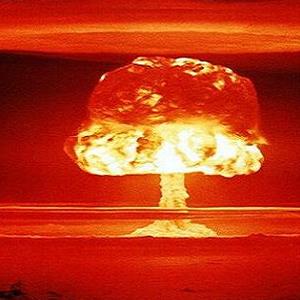 Windows XP end of life, according to most medias.

China is interesting because it’s probably the place with the most computers and risk and the where IT practices are mostly bad.

It is estimated that 55% of the computers in China still run Windows XP. Windows XP is a popular mainly because it has been massively hacked and bad practices increases dramatically the vulnerability of the Windows XP in China:

These computers are certainly already infected and actively exploited and the stop of the releases of new updates should not make any difference.

Windows XP is a very mature operating system for the years it’s been around and its low resource usage can be attractive to recycle old hardware.The end of update wont change the quality of the operating system , the only change is that there is more pressure on users and IT staff to ensure responsible usage of these users. I bet that these systems will still be around for years, especially in embedded applications such as ATMs.

How to safely use Windows XP?

The key is to follow the best practices, now with a little more pressure than before the end of life.

Educate your users to the dangers and the importance of a responsible behavior because if Windows XP is going to go BOOM it will certainly be a user pressing the detonator.

Most of the problems will happen when a users surfs on an infected website which can be any site, even Youtube. Or opens infected email attachment, download a PDF, plugs a personal key drive etc… So your job will be to discipline users, just a little more than usual.

As an IT Administrator, Do:

Note that most of these recommendations are also valid for Windows 7 and Windows 8. I just think it worth to go an extra step as we don’t know what lays ahead in the future of XP.

You should consider replacing Windows XP quickly when:

Unfortunately, this may match a lot of computers.

If you are stuck with XP for specific software that would not run on anything else than Windows XP. You can consider running it in a Virtual Machine, eventually with no network access. It will be perfectly safe to use!

It is quite unlikely that a terrible flaw in the OS itself compromises all XP machine. However it is more likely that there will be an increase in the research of flaws via software running on top of XP.

The XPocalyse may or may not happen but anyhow it’s a good occasion to review all the best practices!